In 2007, Prof. Manu Ampim began a mission to find a way to preserve ancient Kushite and Nubian archaeological sites after he conducted field research in Sudan’s Merowe Dam area before they were submerged under the new reservoir, Eventually, he spearheaded the organizing of the Save Nubia Project (SNP) to help save the archaeological sites of ancient Kush and Nubia in northern Sudan from further flooding and decimation, due to the ongoing construction of a series of dams.

The SNP was founded in February 2012 to help lead this effort of saving the remains of the classical Kushite and Nubian civilizations in Sudan, and other areas of northeast Africa.

The mission of the Save Nubia Project is to help raise international awareness about the ongoing flooding of the central areas of the ancient Kushite and Nubian civilizations in the Sudan.

There are a series of dams (from the 2nd through 5th cataracts) along the Nile completed and scheduled for construction, each of which will create a large reservoir and flood countless ancient archaeological sites and displace hundreds of thousands of people. Thus, the Save Nubia Project’s task is to document that the dam construction areas in northern and eastern Sudan are valuable World Heritage Areas that are in danger of being destroyed, and should be preserved.

"It Is Impossible To Effectively Argue About The Greatness Of Classical African Civilizations If All The Physical Evidence Is Destroyed."

The SNP campaign has three goals:

1 Conduct field research to document, record, and publish historical and archaeological evidence on the importance of the historic northern and eastern Sudan regions;

2 Present compelling documentation that this rich archaeological region should be designated a network of UNESCO World Heritage Sites at risk, which would help protect the region from large dam construction and inundation. There are other sources of energy available in Sudan, such as solar panels, micro-hydro, and wind turbines; and

3 Assist the local Nubian people near the 2nd and 3rd cataracts to build a series of museums to help preserve their heritage. 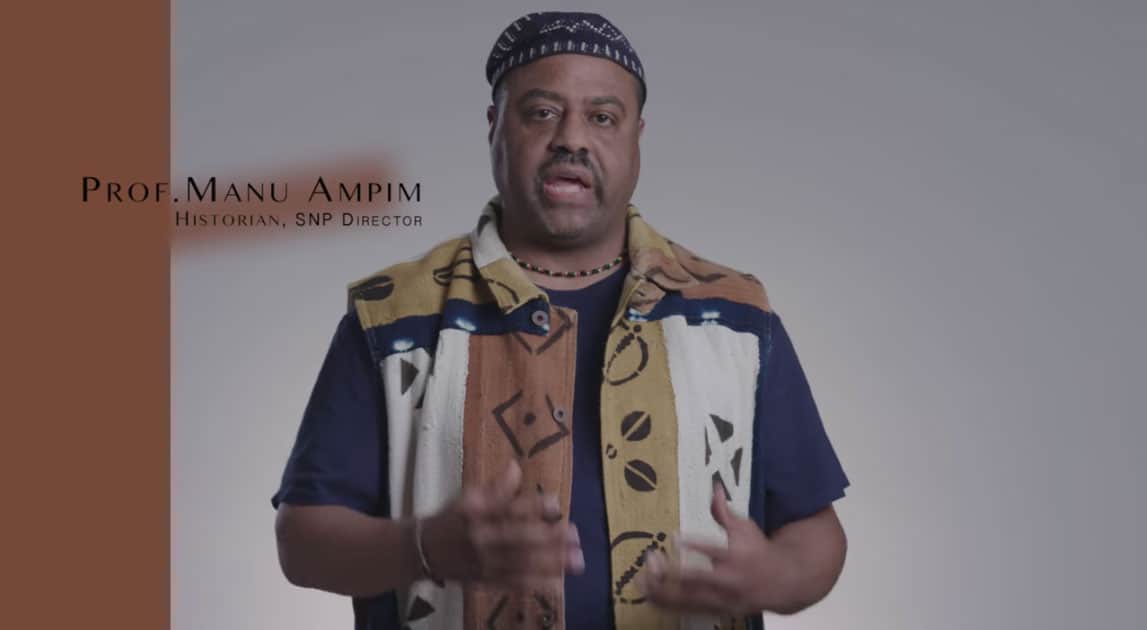 Manu Ampim is an historian and primary (first-hand) researcher specializing in Africana Studies . He earned a Masters of Arts degree in History & African American Studies from Morgan State University in 1989.

His teaching and academic career includes:

Prof. Ampim has written influential books and monographs, and also had several essays published in Egypt: Child of Africa (1994), edited by Ivan Van Sertima. Prof. Ampim’s most extensive set of essays is the seven-part critique on “The Vanishing Evidence of Classical African Civilizations.” His latest book is A History of African Civilizations (2019), which is developed as a pioneering college textbook for courses on classical African civilizations and human origins.

His most influential work will be his long-awaited book, Modern Fraud (forthcoming), which is the documentation of the Rahotep and Nofret statues as among the greatest forgeries in the history of ancient African archaeology.

Prof. Ampim has taken educational tours to North Africa and Central America. In addition, he conducted an extensive 13-country research tour to all of the major museums, institutes and libraries throughout America, Europe and Canada, which house ancient Egyptian, Nubian, and Kushite artifacts.

Since the 1990s, he has completed various field research projects in Egypt, Nubia, Ethiopia, Sudan, South Sudan (and Kenya and Uganda in 2022) to continue his primary research at dozens of field sites to study ancient African social organization and spiritual culture, observe cultural retentions in the Omo Valley, document modern forgeries, and to record the vanishing evidence of classical African civilizations in the Nile Valley.

Prof. Ampim’s body of work has spanned 32 years and has earned him the recognition as one of the leading authorities on ancient African culture and contributions to the world.

Stay Up To Date Regarding Conferences, Tours, Speaking Engagements, And Much More!