There is a major gap in knowledge about Kush and the other “southern lands” for over 700 years until the 8th century BCE, when Kushite kings emerged from the deep south area at Napata. They ruled a vast territory extending from central or southern Sudan to lower Nubia. Kush reappeared in Egyptian history in the role of the restorer of political and national unity, and the political entities were united into the Kingdom of Kush. 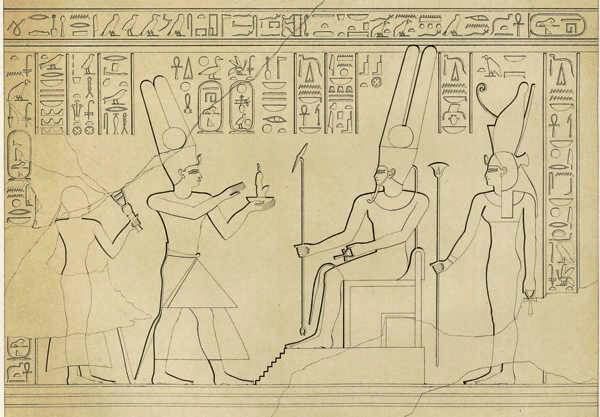 During the 25th dynasty political and cultural renaissance, the Kushites introduced into Egypt the Demotic script, which is a cursive form of hieroglyphic writing. The Kushite King Alara arose from Napata near the 4th cataract in Sudan, and established the 25th dynasty (c. 750- 656 BCE), in Egypt. Egyptologists have dubbed this as the dynasty of the “Black pharaohs,” erroneously indicating that this was the first dynasty of Black kings to rule Egypt.

The “Black pharaohs” description became more common in the late 1990s when Robert Morkot published his book, The Black Pharaohs: Egypt’s Nubian Rulers (1999), followed by Charles Bonnet’s work, The Nubian Pharaohs: Black Kings on the Nile (2007). In 2003, as discussed above, Bonnet and his Swiss archaeological team discovered a ditch within a temple at Dukki Gel, the ancient city of Pnoubs, which contained seven royal black granite statues. Finely sculpted, and in an excellent state of preservation, they portrayed five pharaonic rulers, including Taharqa and Tanutamuni, the last two pharaohs of the “Kushite” Dynasty, when Egypt was ruled by kings from the lands of modern-day Sudan. For over half a century, the Kushite pharaohs governed a combined kingdom of Egypt and Kush, with an empire stretching from the Delta in the north to the upper reaches of the southern region in Sudan. The “Black pharaohs” label for the 25th dynasty was firmly established when the February 2008 issue of National Geographic front page read, “The Black Pharaohs: Conquerors of Ancient Egypt.” 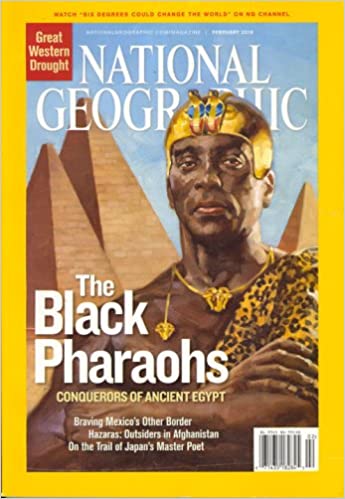 Since this time the standard theme is that these “Black pharaohs” from the kingdom of Kush just appeared from somewhere in “Nubia.” Before this new “Nubian” trend, many scholars followed the evidence from Egyptian and Assyrian texts and referred to the region as the kingdom of “Kush.” There is still little knowledge about this region but current scholars have unfortunately adopted the generic term “Nubia” for all groups south of Egypt in the middle Nile area. The “Black pharaohs” label for the 25th dynasty is to deny the historical facts and to imply that black rulers were a new phenomenon, meaning there were no black or African kings in Egypt during dynasties 1-24, or for the first 2,500 years.

There are two misleading ways in which the Kushite civilization is portrayed: 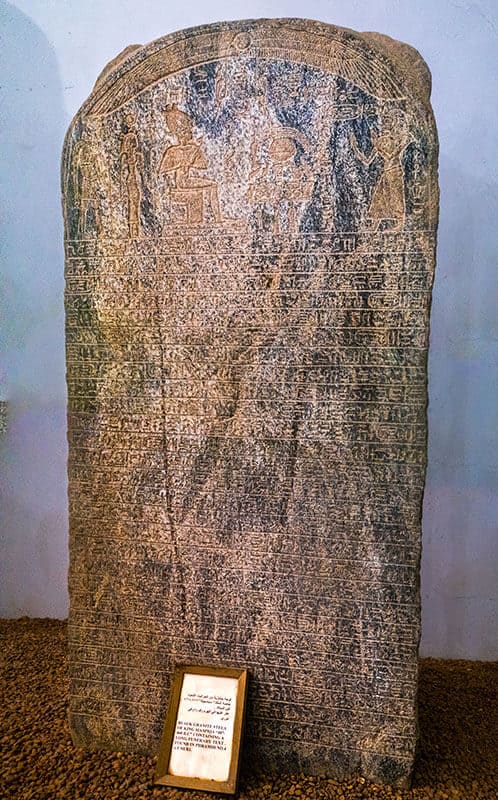 The problem with both narratives is that the Kushites had a long tradition of an independent and powerful kingship with unique cultural innovations that dates back to a time in antiquity before our knowledge. Secondly, the heartland of the kingdom of Kush was many hundreds of miles further south than Nubia ever was, and thus Kush cannot be understood as a kingdom “within Nubia.” The Kushite capital cities of Napata and later Meroe are in the southern regions of current-day Sudan, which extended far beyond the Nubian area to the north. 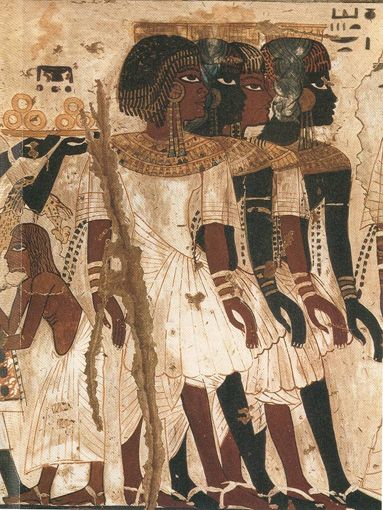 Based on recent excavations at the site of Tombos, near the 3rd cataract, it is presented by the Bonnet excavation team that the 25th dynasty Napatan rulers presented themselves with “all the trappings of Egyptian pharaonic kingship despite their Kushite origins.” While it is accurate that the Kushite features such as costumes and jewelry were intertwined with Egyptian cultural and religious practices, but these are symbols and cultural practices that are similar throughout the lower and middle Nile Valley complex, with local variations for each group. When the powerful Kushite leaders emerged at Napata and by 750 BCE conquered Egypt, these rulers intertwined their culture with the symbolism of Egyptian kingship to legitimize their taking of the Egyptian throne, representing themselves as restorers of the Egyptian civilization, a theme that figures prominently in Pharaoh Piankhi’s triumphant account of his Egyptian campaign. 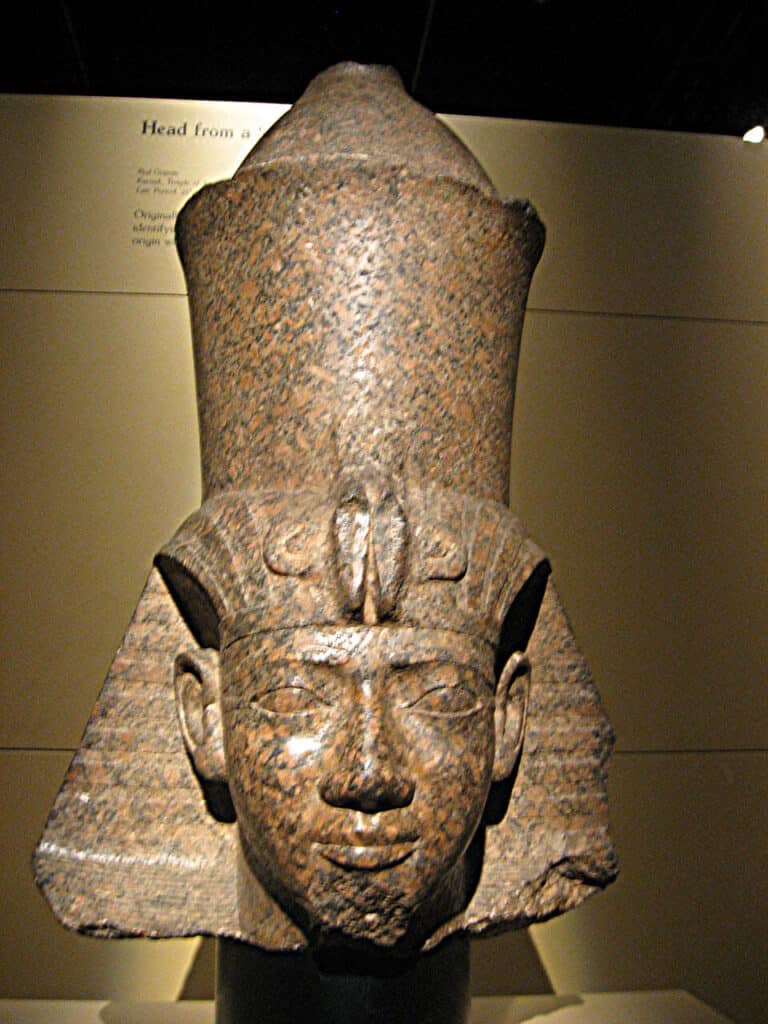 However, this is not the first occasion, but rather the last occurrence, when Black rulers from the south brought Egypt out of political turmoil and re-established a united pharaonic kingship. The cultural renaissance in every major kingdom (dynasties 1, 11, 18, and 25) witnessed this same phenomena, but the only difference is that with the 25th dynasty this is the first direct evidence of the dynasty founders originating so far south, that is from the Middle Nile region. [See the Chronology of Egypt” in chapter 5 for a more detailed discussion of this topic].

This pluralistic society at Tombos, and probably others like it, may have played an important role in the development of the Napatan kingdom and its governance of the 25th Dynasty of Egypt. The combination of Egyptian features and Kushite traditions as well as the integrated Kushite-Egyptian governmental structure seems to have been influenced by the already existing mixed communities established centuries earlier. It is well documented that this intermingling of the indigenous Nile Valley inhabitant groups had already been occurring nearly three millennia earlier at various other locations in the region. 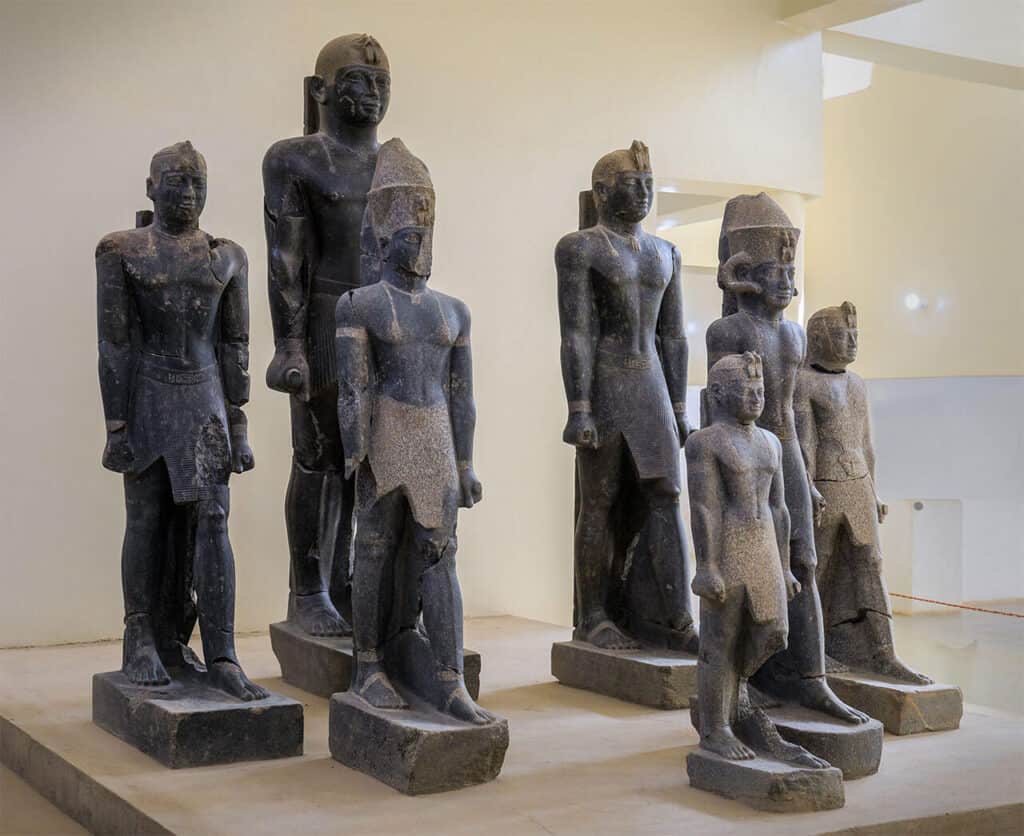 After the five Kushite kings of the 25th dynasty ruled both Egypt and Kush for seven decades, ending with the retreat of Tanutamani (ruled from 664-653 BCE) south to the new capital at Napata while in battle with the Assyrians around 656 BCE, the dynasty continued to rule Kush only. There is a major gap in our knowledge of the region, and thus the Kushite history is more difficult to determine, even the chronology is vague. The tombs of the Nuri cemetery, near Napata, are among the essential elements for determining the history of the kings of the Napatan dynasty, but the details of this locations are still lagging. Likewise, the emergence of the Kushite kingdom remains mostly based on an interpretation of the finds from the el Kurru cemetery, where the ancestors of the 25th dynasty kings were buried, but this location also presents major chronological gaps in the records. 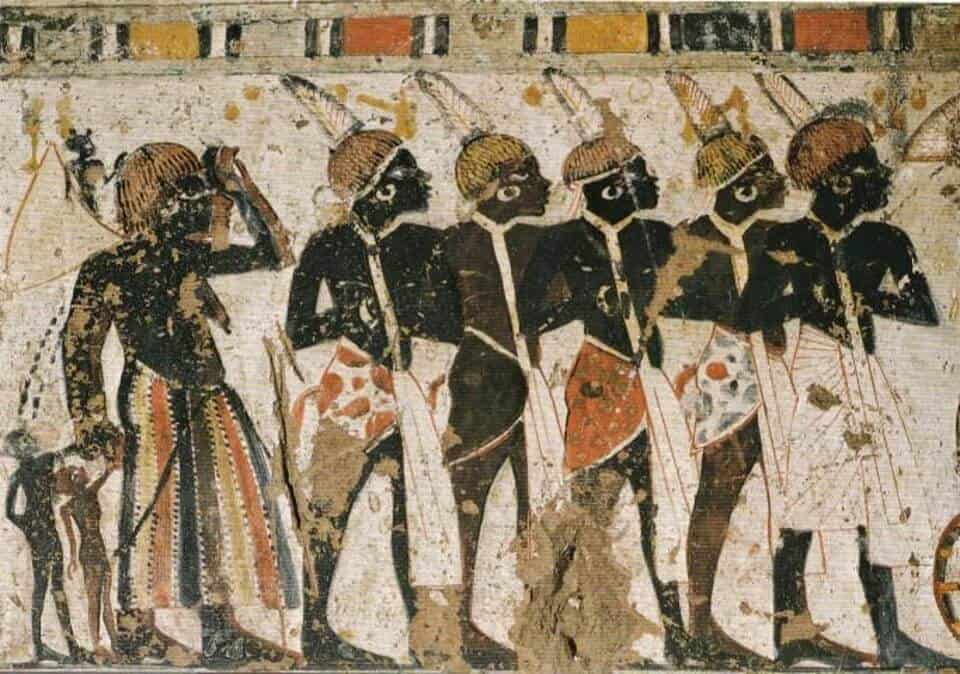 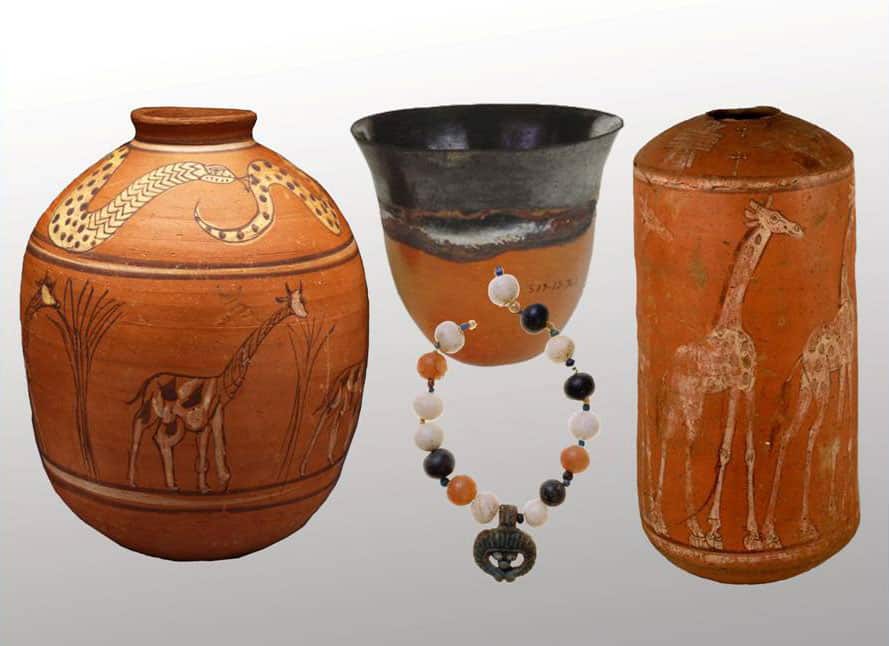